A private art collector commissioned StudioRossi to create a functional piece of art to house audio and video equipment, as well as a DVD collection. “Curves and beautiful materials” were the only aesthetic requirements. The curves were to echo other pieces of art in the room. We started simply with the client drawing pleasing curves on an iPad.

Using the iPad we developed concept drawings. The client sharpened her focus and we arrived at a final concept sketch with a good understanding of the curved legs and pulls. Initial thoughts were to use an amorphous-edged glass top. The final design called for a veneered top to match the middle door and sides.

Custom forms were created to vacuum press the cabinet’s curved sides and form the pulls. The extreme pressures created by the vacuum press necessitate many supporting internal ribs. This reinforcement prevents the vacuum bag from crushing the form and the pieces being glued. Wide sheets of Japanese tamo were used for the final surface of the sides. 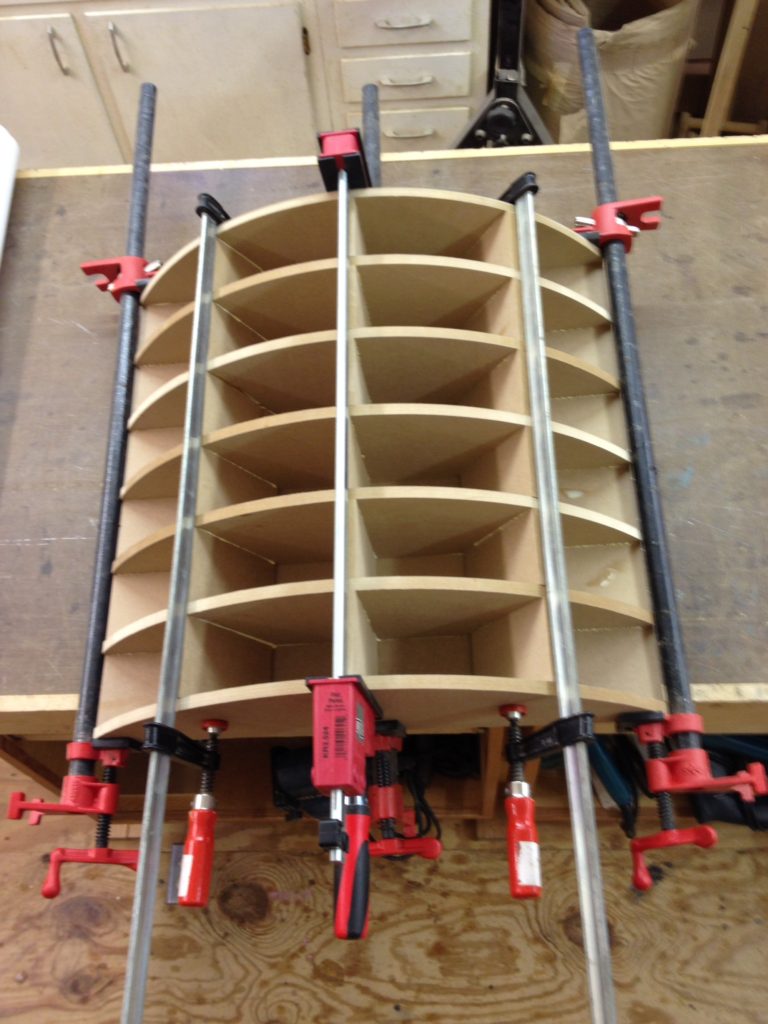 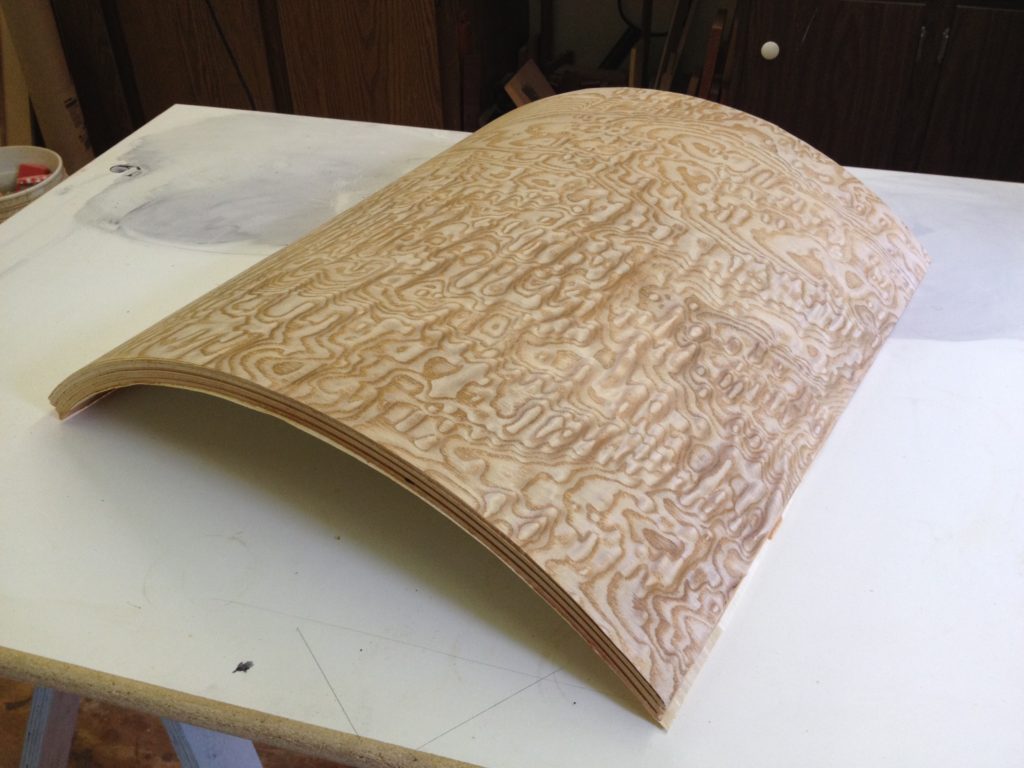 The small pulls can be pressed using a more simple two-part form and clamps. Each pull is made of eight thin strips of ash bent-laminated and then carved to final shape. 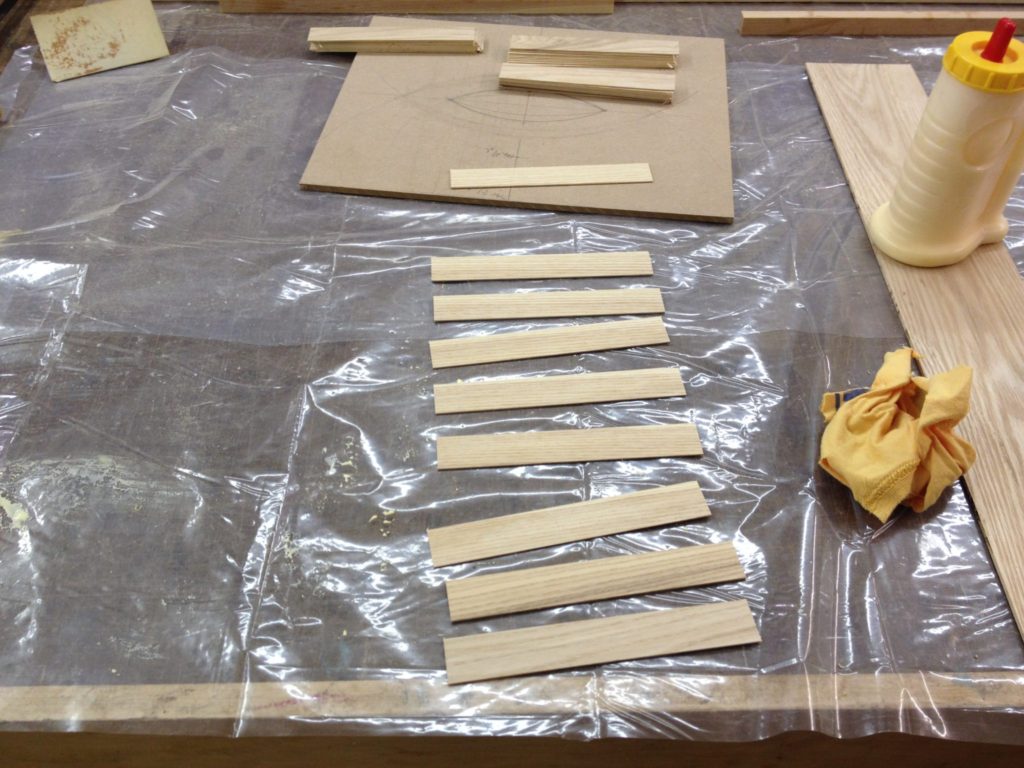 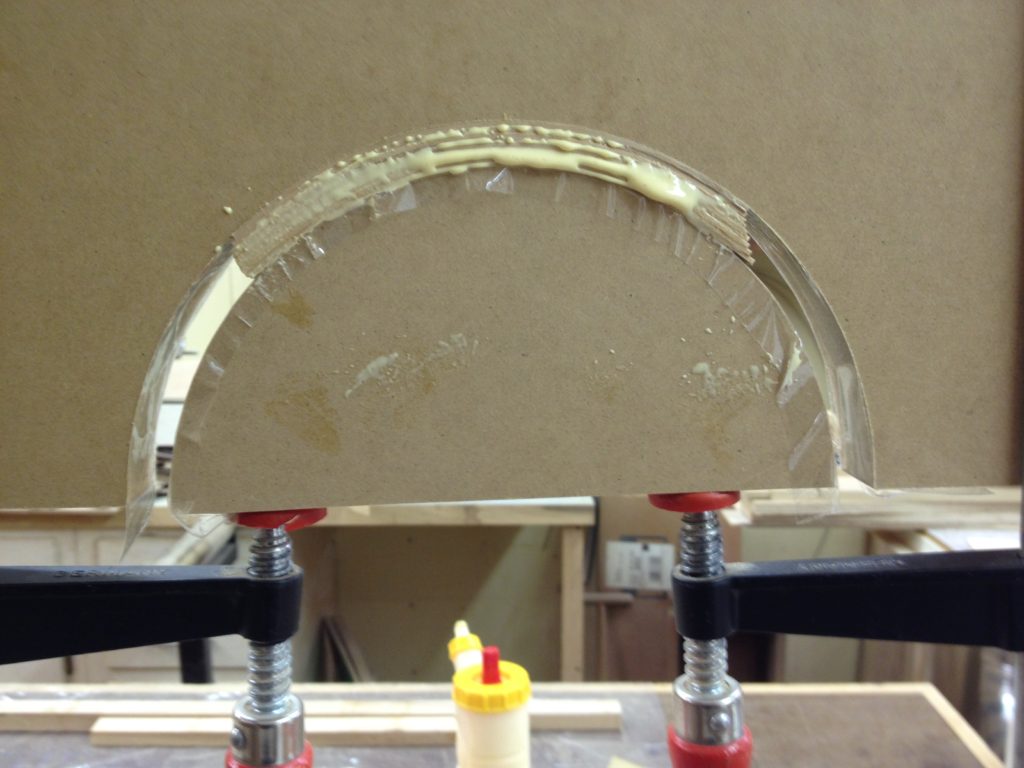 The door veneers were laid out & taped, trimmed to rough size and pressed to a substrate. The resulting door blank was edged in solid ash. 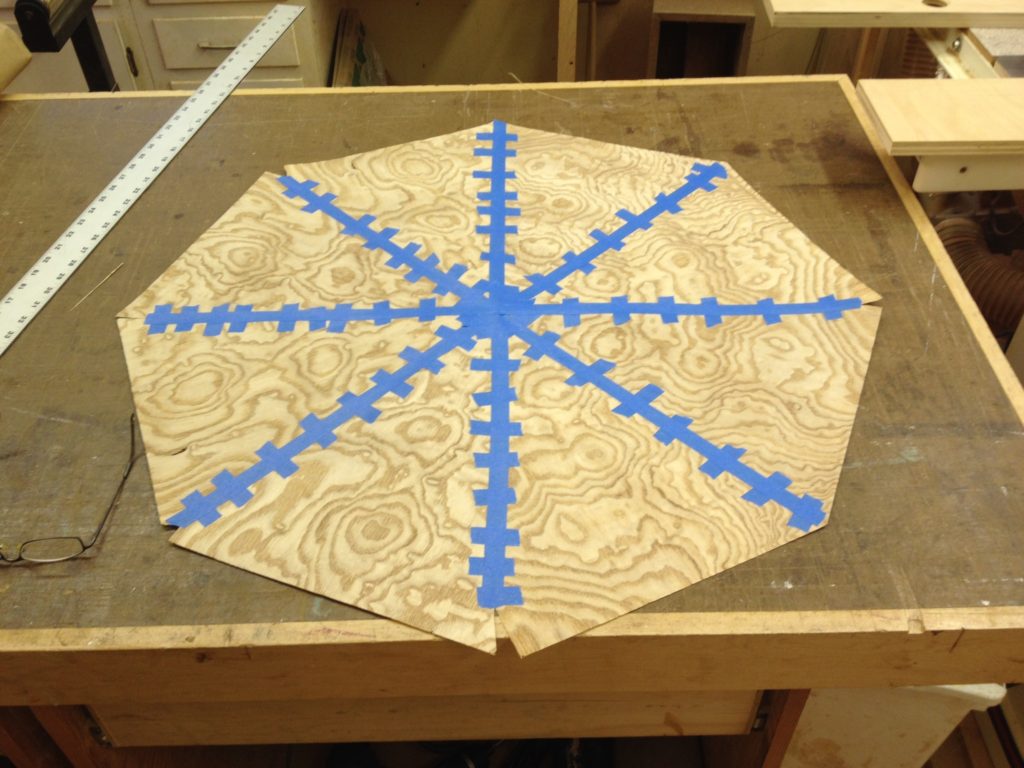 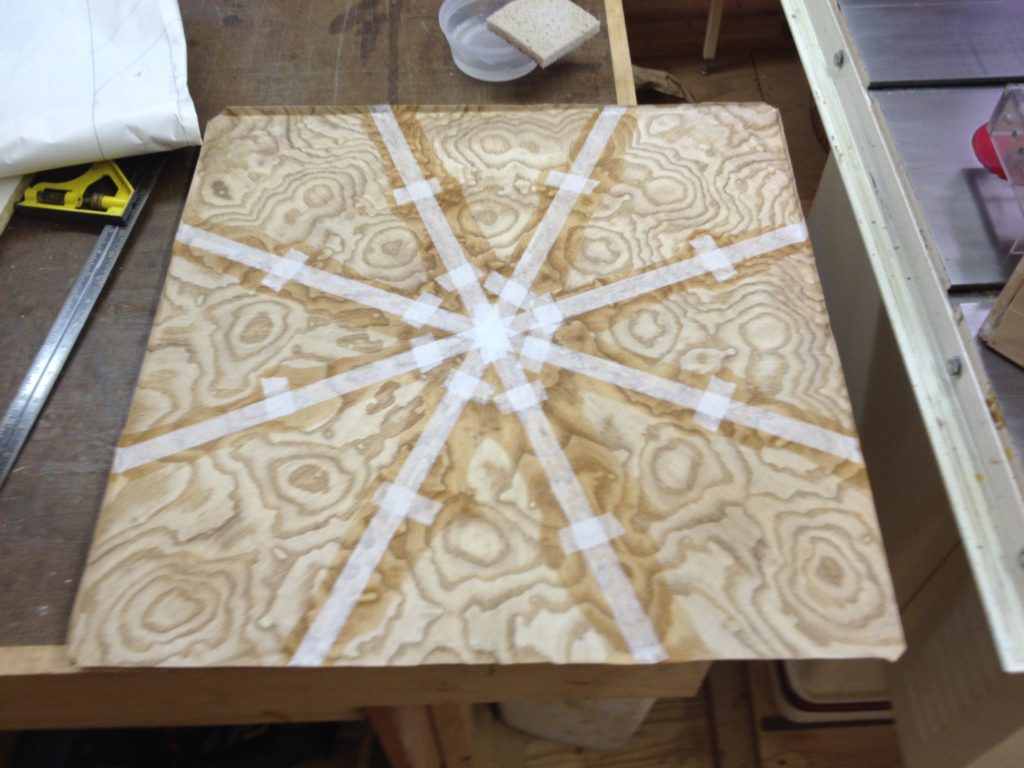 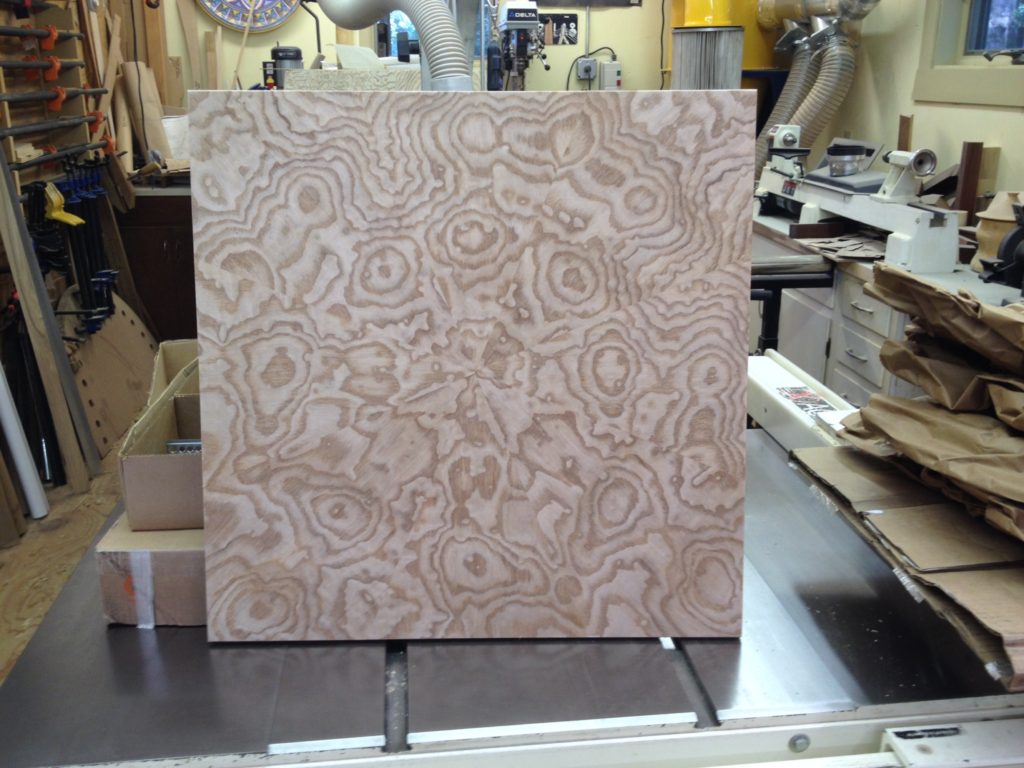 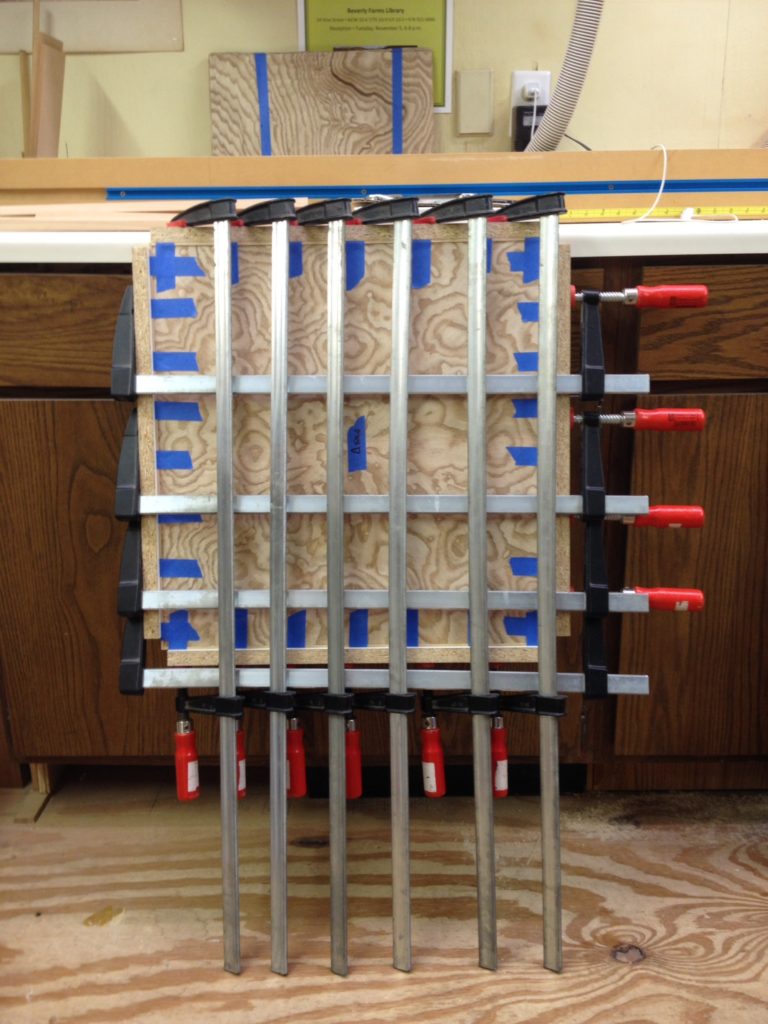 The top veneer consisted of eight individually fitted rays that are slip matched to the center seam and then book matched. 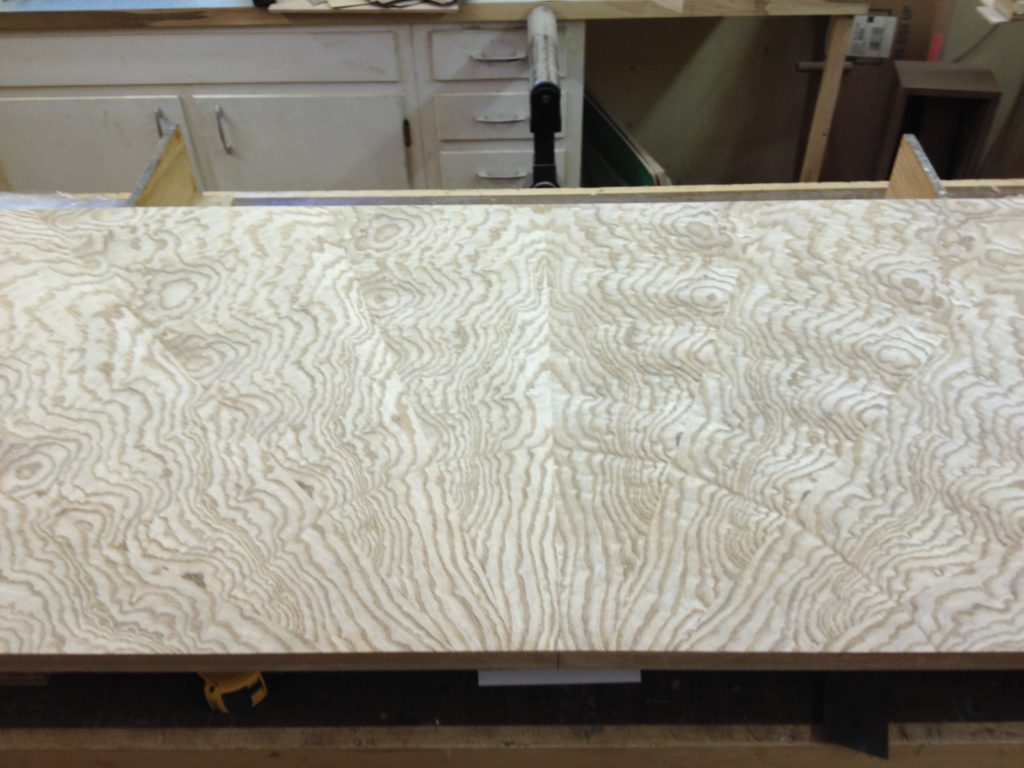 Once all the components were veneered (drawer faces, back and interior partitions were veneered with english chestnut) the initial shaping and layout began. The pulls were dry fitted and a basic understanding of the entire piece came together. The legs were built up with sixteen, 1/8 inch plies of resawn ash and laminated on a form similar to the pulls. Once the legs were cleaned up, shaped and fitted final assembly began. 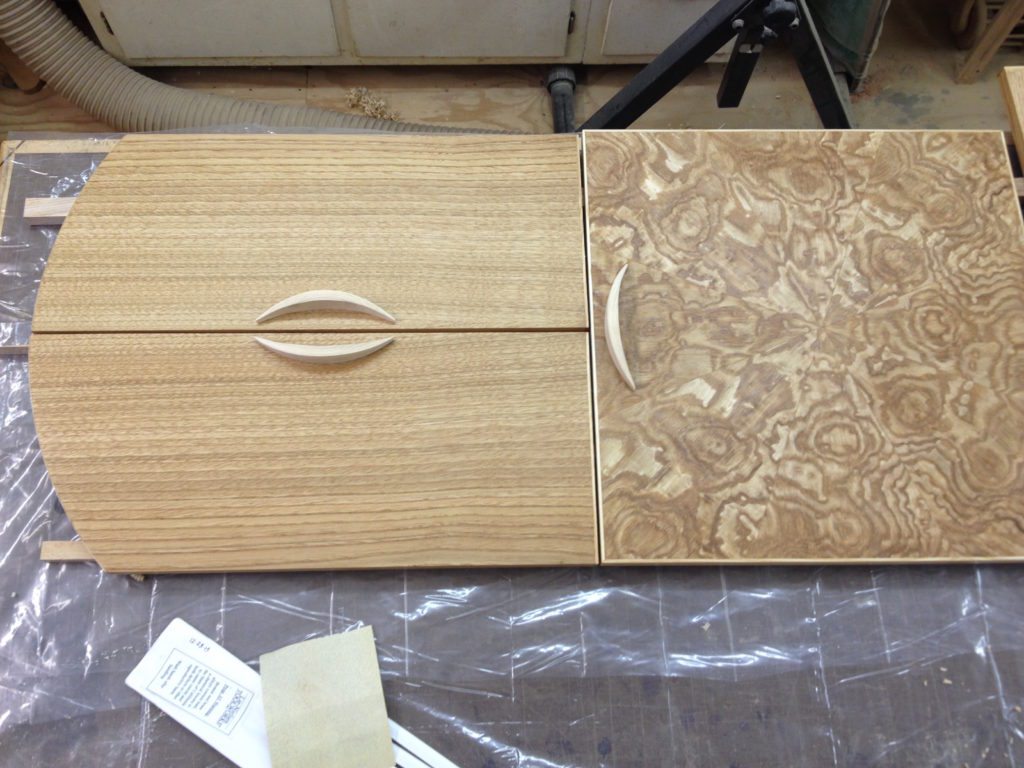 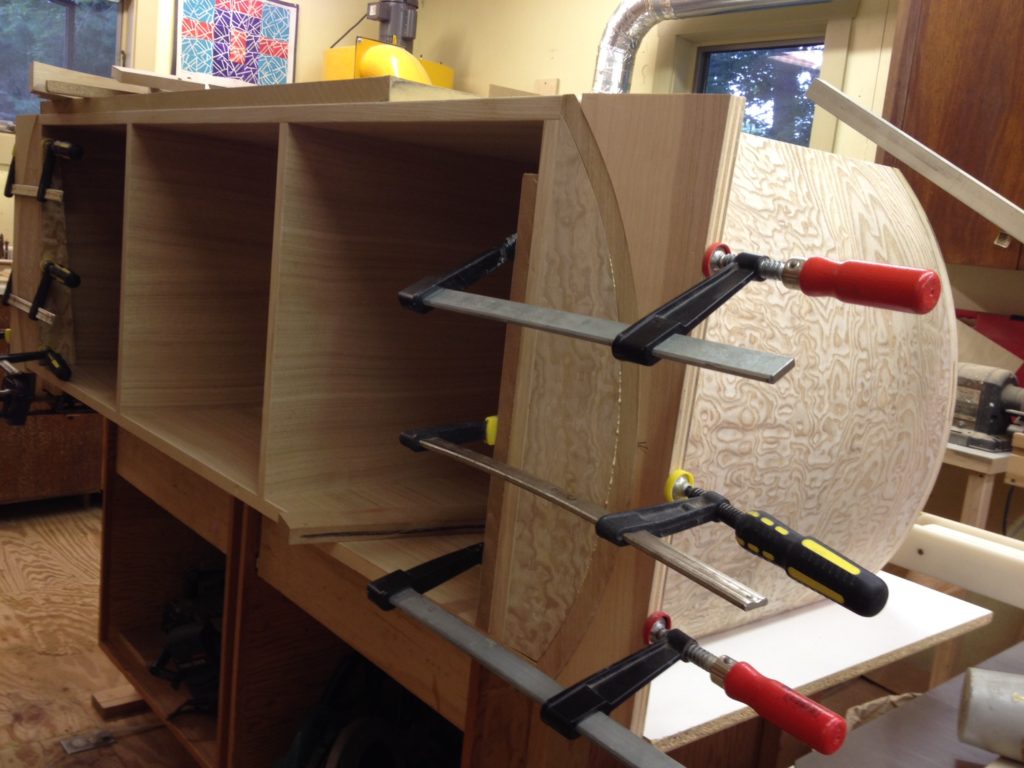 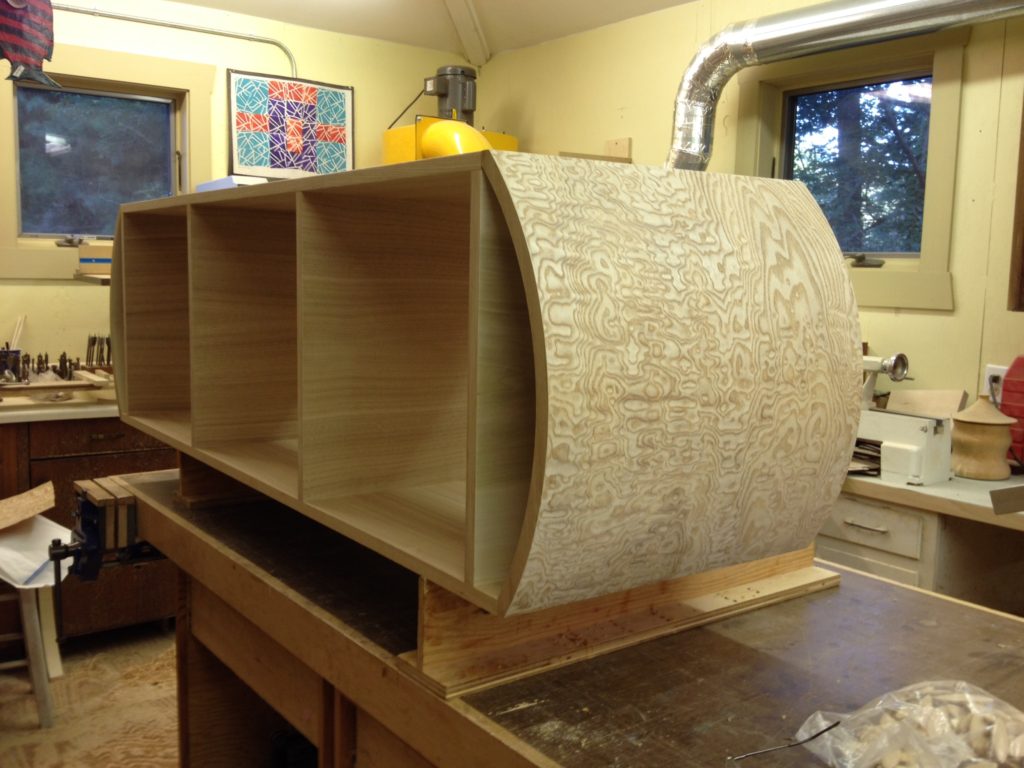 The entire piece was finished with multiple coats of a custom-blended finish. Hand rubbing with steel wool in between each coat developed a rich patina and enhanced the depth of the figure in the tamo veneered sides, top and front door.

The finished piece stands proudly among the rest of the room’s sculpture and paintings. When the sun lights the cabinet the veneers glow. The project was challenging but extremely rewarding. 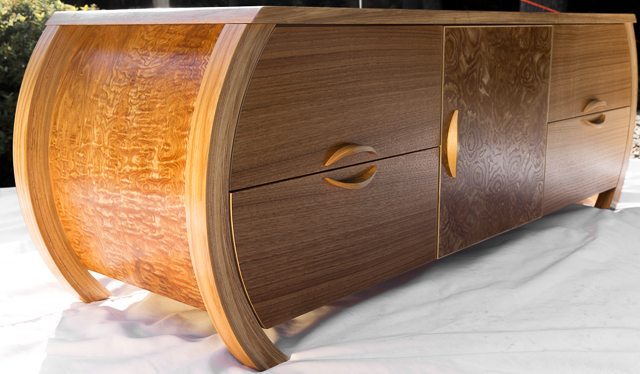 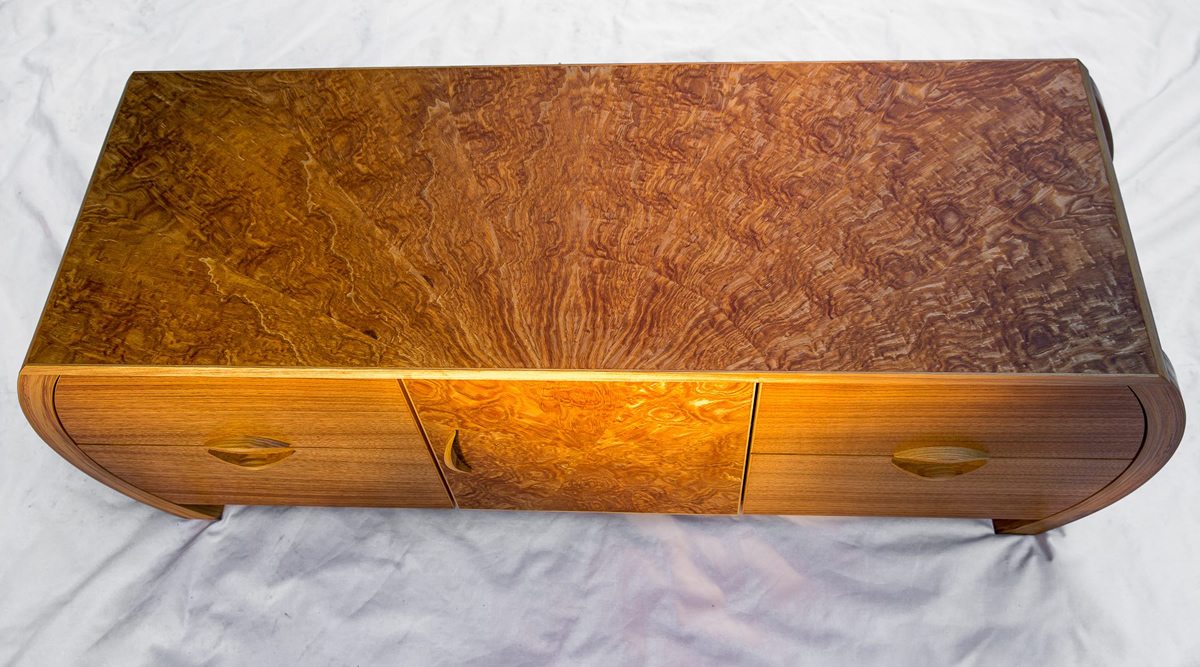 BACK TO HOW IT'S MADE
Menu